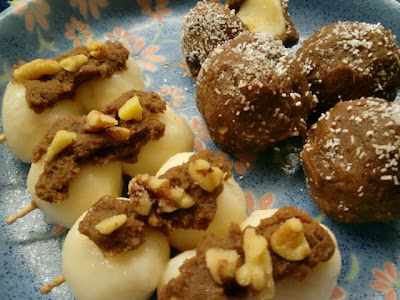 Last week, while rummaging through the shelves of a wholesaler that caters to owners of small restaurants and izakaya (drinking establishments that also serve meals), I discovered a packet of brown powder that I had never noticed before. The name of the product was Mugi-Kousen. It turns out that mugi-kousen goes by other names depending on the region of Japan. In some regions it is known as hattaiko, and in others mugi-kogashi. They all refer to pulverized roasted barley. A little googling made it clear that this product, which I will call mugi-kogashi (literally "parched barley"), can substitute for kinako (soybean flour) in many recipes, such as the one in the kinako nejiri post. It can also be mixed with cold water for a summertime drink, or with an equivalent amount of sugar for coating mochi. It has a wonderful fragrance, and a rich roasted grain flavor when used in wagashi.

I decided to make a sweet paste out of it-- an alternative to red bean an-- and serve it with dango (rice flour dumplings). The recipe for dumplings is basically the same one I used for shiratama an'mitsu

Take spoonfuls of the dough and roll them into balls 1 ~ 1&1/2 inch in diameter. Place the balls in a pot of boiling water. Wait a minute or so after the balls rise to the surface, before scooping them out and transferring them to a bowl of very cold or iced water.

Put the roasted barley flour and sugar in a medium-sized bowl. Blend them together with a fork or your fingers. Moisten the dry ingredients by slowly adding water and stirring with a fork or spoon. You want it to become a paste that is stiff enough to allow you to shape it with your hands.

Take a lump of mugi-kogashi paste and flatten it out a bit on the palm of your hand. Place a shiratama ball in the center of the paste, and gently press on the paste till it encloses the ball. Do this till all the balls and paste are used up. Just before serving, you may want to decorate the balls with a sprinkling of crystallized sugar. Any extra shiratama balls or mugi-kogashi paste can be frozen for future use.

For step by step photos click here.
Posted by dosankodebbie at 8:34 PM 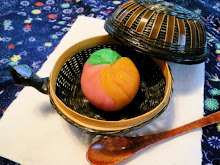 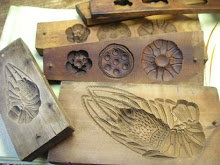 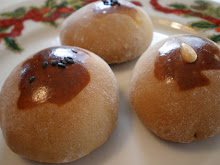 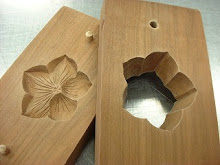 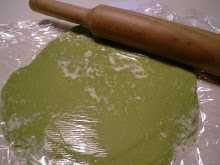 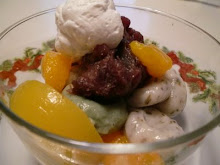 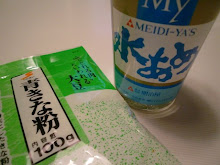 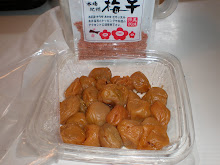 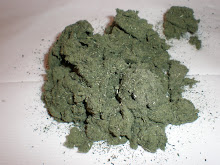 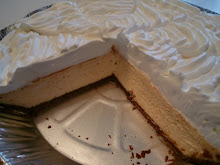 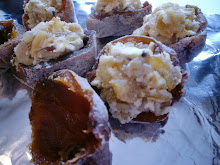 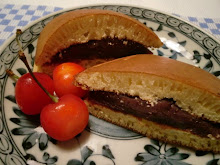 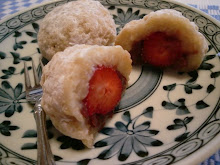 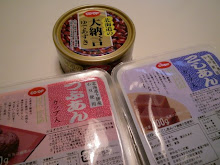 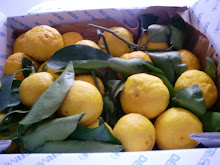